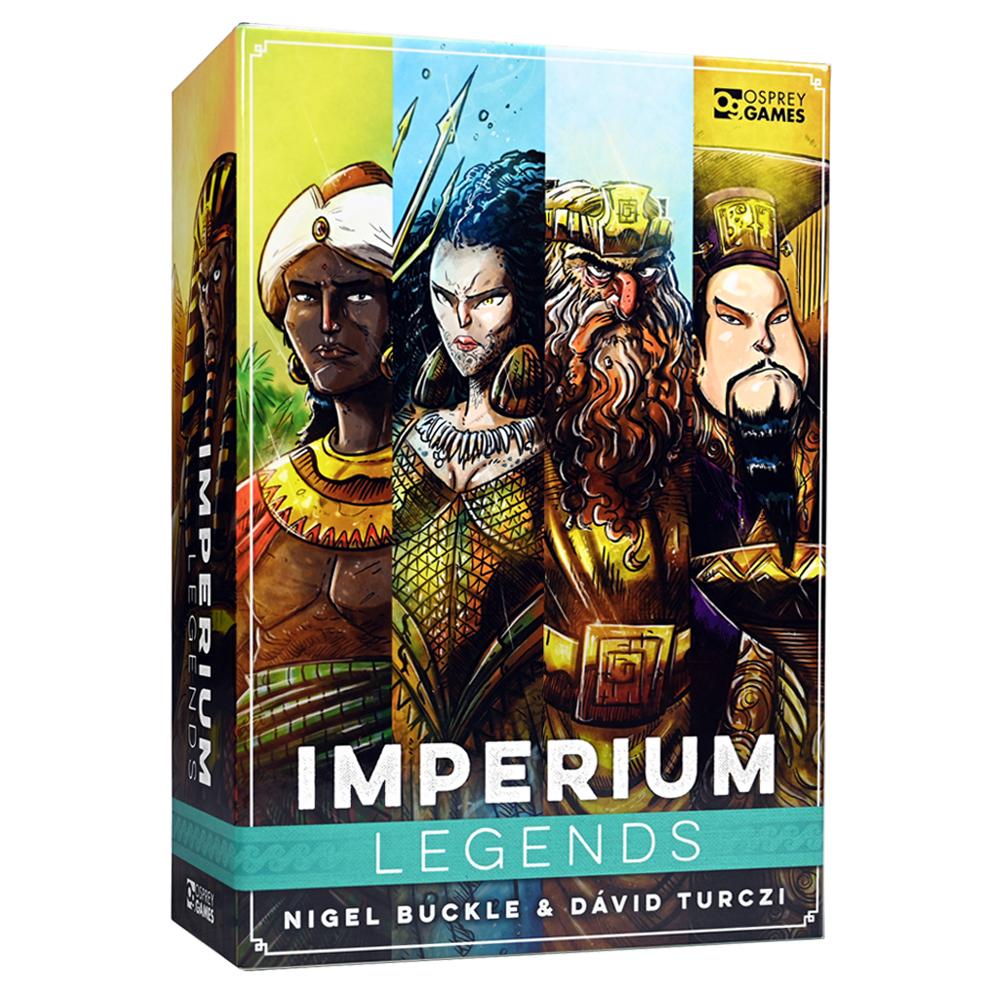 Contains eight unique civilizations for up to four players to battle it out to become the most dominant empire the world has ever seen. It includes a solo mode, with five levels of difficulty, and an opposition AI that varies its strategy depending on the opposing civilization’s strengths. Imperium: Legends contains the Egyptian, Mauryan, Minoan, Olmec and Qin civilizations as well as the fictional Arthurian, Atlantean and Utopian factions.