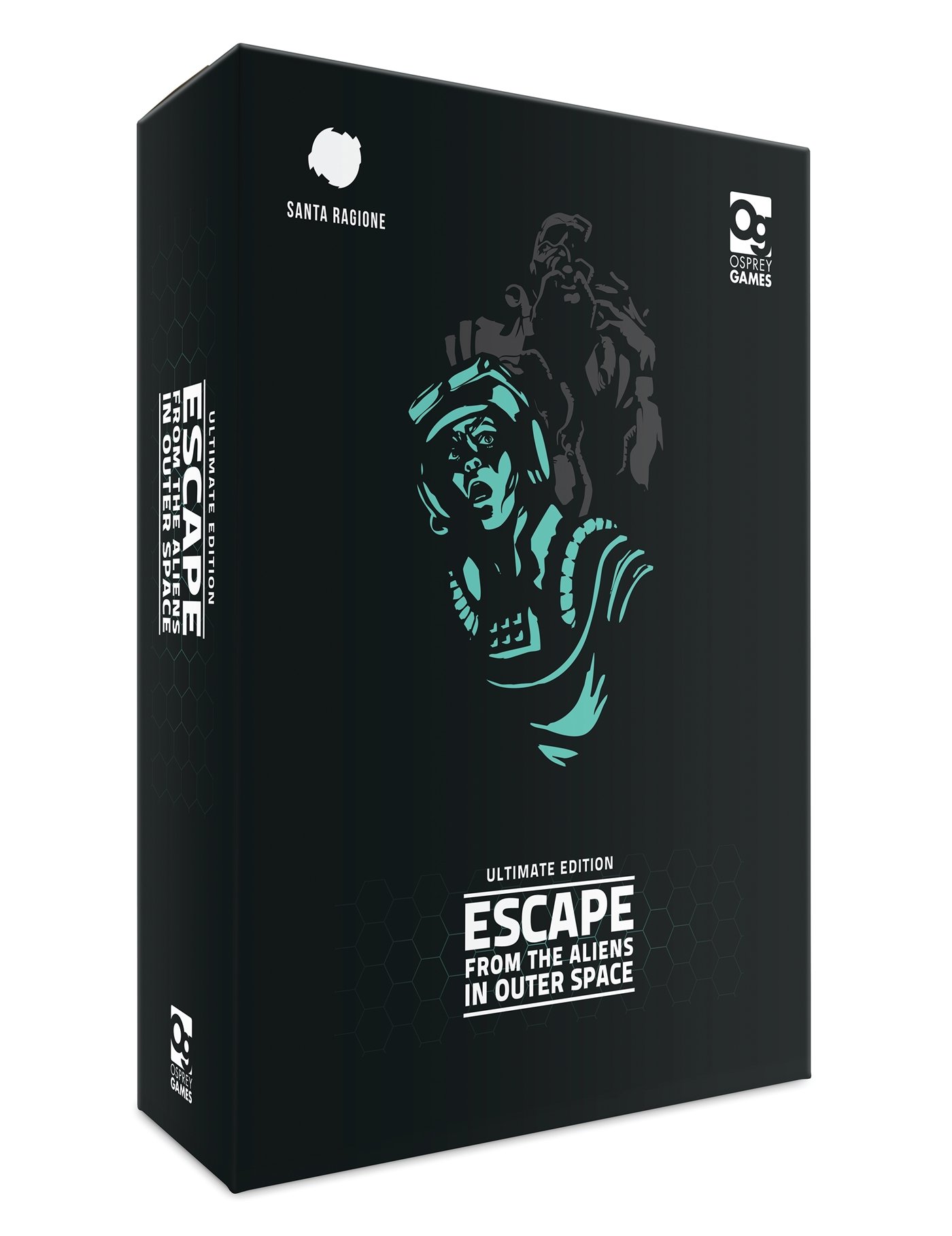 Escape from Aliens in Outer Space

Escape From the Aliens In Outer Space is a game of strategy and bluff set on a badly damaged deep space research ship. On-board systems have failed, plunging the ship into darkness. But even worse: a mysterious alien plague has crept aboard and is transforming the human crew into horrendous monsters! The remaining crewmen desperately try to save their lives by escaping from the derelict spaceship, but in the darkness the aliens are lurking... hungry for human flesh.

In Escape From the Aliens In Outer Space, each player assumes the role of either a Human or an Alien. The Humans are trying to save themselves by reaching the Escape Hatches. The Aliens seek to hunt down all the Humans. Each player's identity and position is kept secret: you will need to interpret the movements and behaviors of the other players to learn who and where they really are.