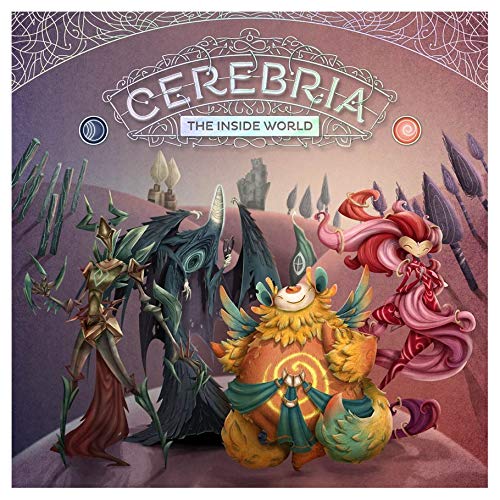 Cerebria The Inside World

Cerebria is a deep, objective-driven area control game for 1-4 players, where Bliss and Gloom, the two sides of the human personality, compete to influence the Inside World's developing Identity. Players play in teams, taking on the roles of Spirits of Bliss or Gloom. Using point-to-point movement and resource management, Spirits invoke and interact with Emotion cards to spread their influence, and control various areas and aspects of Cerebria.

The game is objective-driven - each team has their own hidden objective, as well as a contested common one. At certain points of the game, players may trigger Revelations: climatic scoring events when the objectives are evaluated. As a result, the teams may contribute to the development of Cerebria's Identity, built as a tower in the middle of the game board. The game typically lasts for six Revelations - in the end, the team with the most influence over Cerebria's final Identity wins the game.